Glen Martin
Frequent Astound Insights contributor whose other credits include Forbes, Wired, Outside, and Men's Journal 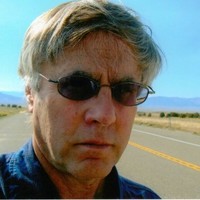 The holidays are the high season for commerce, accounting for about 20 percent of annual retail sales. But there’s typically a hangover following the holidays. The spectacular revenues of December can dwindle in the cold, bleak weeks of January due to a host of issues.  Here’s a breakdown of the biggest headaches, along with some productive responses.

Without doubt, chargebacks are the biggest problem facing retailers. Yes, the holidays can send sales into the stratosphere, but chargebacks can make that vertical revenue graph line drop earthward in a discouraging parabola. According to the National Retail Federation, about 13 percent of holiday purchases are sent back to retailers. The United Parcel Service handled more than 1 million returned packages daily during the past holiday season, maxing out at 1.9 million on January 2—a 26 percent increase from 2019’s high point.

“To a very real degree, the two figures march in lockstep,” observes Nandzik. “The spike in holiday sales typically is followed by a spike in chargebacks, but the general trend—the percentage of chargebacks linked to sales—doesn’t really change. It’s about volume, not a disproportionate shift in the ratio of chargebacks to sales.”

Further, there are different categories of credit disputes and chargebacks, says Nandzik, and each requires a different retailer response.

In retail, criminal fraud typically involves credit data that has been purchased on the Dark Web. As with chargebacks generally, fraud doesn’t suddenly boom during the holidays, says Nandzik; the trend is largely steady state, though the volume increases simply because holiday commerce increases.

“About 60 percent of unauthorized charges are fraudulent, regardless of the season,” says Nandzik.

Fraud in any guise is a serious crime, and retailers must refer cases to the appropriate law enforcement authorities when it occurs. But prosecution seldom results in the recovery of lost revenues; an effective anti-fraud program requires proactive strategies.

That includes requiring authentication and authorization approvals that follow the established procedures outlined by payment processors and credit card companies.

As ecommerce has grown, disputes over credit charges have risen dramatically. Sometimes customers claim the items they purchased didn’t conform to online descriptions, or that they didn’t receive refunds for returned items. Other customers may insist they can’t remember purchasing an item and that their credit card data probably was stolen, or that they received products even though they had canceled orders.

“About 20 percent of nonfraudulent customer claims are for items that weren’t received or did not match online descriptions,” Nandzik says, “and 13 percent are for subscriptions such as Netflix that consumers erroneously thought were cancelled. The rest can be attributed to processing errors.”

For the retailer, differentiating friendly fraud—essentially, honest mistakes and crossed signals—from larcenous claims is a critical challenge that must be met.

“You have to operate from a triage perspective,” says Nandzik. “The goal is to minimize both your losses and customer dissatisfaction. You don’t want to be victimized, but you also don’t want to antagonize good customers who have legitimate complaints—especially given the power of social media and negative reviews.”

Effective triage can be implemented through analytics, says Nandzik. Sophisticated algorithms grounded in artificial intelligence and big data can flag problematic claims while clearing others, allowing retailers to home in on dubious cases while minimizing customer alienation.

“You have to be careful,” cautions Nandzik. “You need to ensure that your measures don’t outrage customers, potentially resulting in losses that are greater than those from chargebacks and returns.”

It’s also essential to have a clear return policy, says Nandzik. According to the conversion rate optimization company Invesp, 67 percent of shoppers check return policies before purchasing. Further, attractive return policies create loyal customers: Invesp found that 92 percent of consumers will buy again from a merchant if returns are easy. Further, customers will accept a lucidly written policy that provides strong protections for the retailer over a vaguely worded statement that seems to assure easy returns but doesn’t come through in the clutch.

“Consumers are resentful of anything that seems like a bait-and-switch,” Nandzik observes.

Retailers should also consider returned goods as a potential revenue stream rather than an automatic loss.

“Increasingly, retailers are moving returned products into secondary markets to recoup losses,” says Nandzik. “Depending on the product, that can be a sound strategy. But for certain businesses, brand dilution is a real concern. Take Apple—if they put returned iPhones into secondary outlets, they’d undercut sales in their own stores.”

When properly executed, recommerce represents a huge opportunity for retailers, particularly if trends in taste and fashion are closely tracked. Sustainability, for example, is a top priority for consumers. In a survey conducted by the Harris Poll and Threekit, 82 percent of online shoppers stated that online retailers need to do more to reduce the impact of returns on the environment.

Increasingly, sites such as Thredup and The RealReal are supercharging demand for resale merchandise, particularly in the fashion industry. If retailers are willing to partner with resale sites to help reduce returns, this “circular model” can provide new life for returned products, avoiding the landfill and boosting revenues.

A Jumpstart in January

Ultimately, says Nandzik, retailers shouldn’t despair about the post-holiday doldrums. Ecommerce has institutionalized easy returns and chargebacks, and that’s not going to change. The important thing is to plan ahead and harness the same technologies that have empowered customers.

“Frankly, the more you invest in advanced ecommerce technologies, the better off you’re likely to be,” Nandzik says. “Consider shipping. Manual steps in the shipping chain are just roadblocks that increase customer frustration. Studies have shown that “shipping pending” notices now frustrate people to the point that they cancel orders and go elsewhere. Automated systems avoid that.”

“Speed matters,” Nandzik adds, “before, during and after the holidays.”