Exploring a legacy in progress 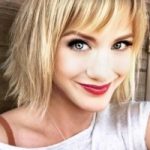 Milestones. Life is made up of them. Careers are made up of them. Legacies are built on them. As the new decade approached in December, there was an uptick in public chatter about people's expectations, desires, and resolutions for the year 2020. A milestone collectively shared by friends and strangers alike.

A new year, a new decade—a combination heightening the collective feeling of impending opportunity and a desire to reflect. At Astound Commerce, the new decade marks a significant milestone; the organization founded in the year 2000 turns 20 years old in 2020. Reflecting on the current landscape of digital commerce, we’re profoundly aware of how much has changed since the inception of Astound.

There is much to learn about our rich history, about the journey our three cofounders embarked on as they started the company and navigated successes and failures over the last 20 years, and about their dreams and goals for the next 20.

So, here we are. The new decade is underway, and with it, we'll be launching our new series of "20 in 2020" articles and videos featuring our cofounders, longtime employees, the history of our C-suite team, and the evolution of the ecommerce landscape over the last two decades.

Imagine—it’s December of 1989. The Berlin Wall has just fallen. George H.W. Bush is wrapping up his first year in office, and Mikhail Gorbachev is about to ascend to the presidency of the Soviet Union. The first of the then-teenage future founders of what is now Astound Commerce immigrates to the US, and all three—Ilya Vinogradsky, Igor Gorin, and Roman Martynenko—will find themselves in each other’s orbit in San Francisco within the space of a year. Crossing the sea to a new life, in search of the American Dream, theirs is a tale fueled by talent, drive, and serendipity.

Watch this space for the rest of the story! We hope you’ll join us as we explore the colorful milestones that have contributed to our legacy.