Meditating on the Metaverse

In the last month, conversation and dialogue about the metaverse has literally gone from 0 to 100 (see Google Trends: metaverse), tied to a certain network name change and major technology companies weighing in on this alternate frontier. 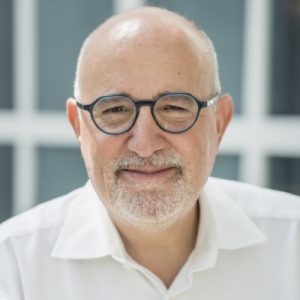 Make no mistake, from a strategic perspective the metaverse will gain real momentum in time and attention as human beings increasingly look for an alternative reality to spend time in and escape to. There’s a pervasive and understandable impulse to get away from current reality that includes facing the continuing pandemic, political discord, environmental upheaval, and real pocketbook issues like inflation and product/service shortages.

Brand and company investment will assuredly follow consumers’ eyeballs as we all look for a different perspective on the world, and alternate experiences to live in. And it would be easy to chalk up this moment as being driven by Facebook’s rebranding as Meta and corporate community response to this news. Or we could view it as a reflection of almost two years of various forms of isolation in response to COVID-19.

But both of those takes, though valid, miss a larger point that businesses must understand and embrace—or ignore at their own peril. Humankind has always pursued—in fact, craved—the twin experiences of escaping current reality and exploring new frontiers, and immersion in technology-driven virtual experiences offers both. Based on the same aspiration of connection that spawned the growth of social media, this alternate reality is the opposite of isolating—because when you think about it, to say that socializing virtually isn’t socializing is to say that shopping online isn’t shopping.

How far back can we look for evidence of humans responding to the innate desire for escape and exploration? Some point to art, and the panoramic paintings that rose to popularity in the 18th and 19th centuries. A departure from the bird’s-eye view approach to landscape painting, panoramas invited the viewer into the experience of the scene being represented. Similarly, the stereoscopic photos introduced in the 1800s were a precursor to the 20th-century View-Master, which ushered in a first attempt at so-called virtual tourism—followed by the 3-D glasses that were all the rage in the 1950s.

I would argue, however, that we can look much further back—to 1,000 years ago, when indigenous tribes in the Amazon basin are thought to have begun the practice of taking ritual journeys through the use of psychedelics similar to the currently popular plant-based brew Ayahuasca. They did so under the guidance of a shaman, in pursuit of spiritual healing, communion with their ancestors and with the divine, and ultimately, enlightenment.

If these same desires motivate entry into a virtual world, is that a lesser pursuit simply because technology enables it? I posit it is not—anymore than Moby Dick is no longer great literature simply because it can be listened to as an audiobook or read on an iPad.

In short, those who would dismiss the momentum behind the metaverse, or willfully ignore the movement it heralds because it’s calling to an impulse beneath our better natures, aren’t seeing the full picture. The metaverse is inviting human beings to more fully embrace their identities as humans, being. That means humans living, connecting, laughing at live comedy, being moved to tears by art, traveling to far-off lands they have always sought, engaging in extreme sports they’d never dreamed of trying, conquering previously insurmountable fears, realizing long-abandoned dreams, building deeper relationships, and—yes, of course—transacting commerce.

Individuals and businesses alike would be wise to get on board, or risk missing the ride of their lives.

I, for one, am fastening my virtual seatbelt.